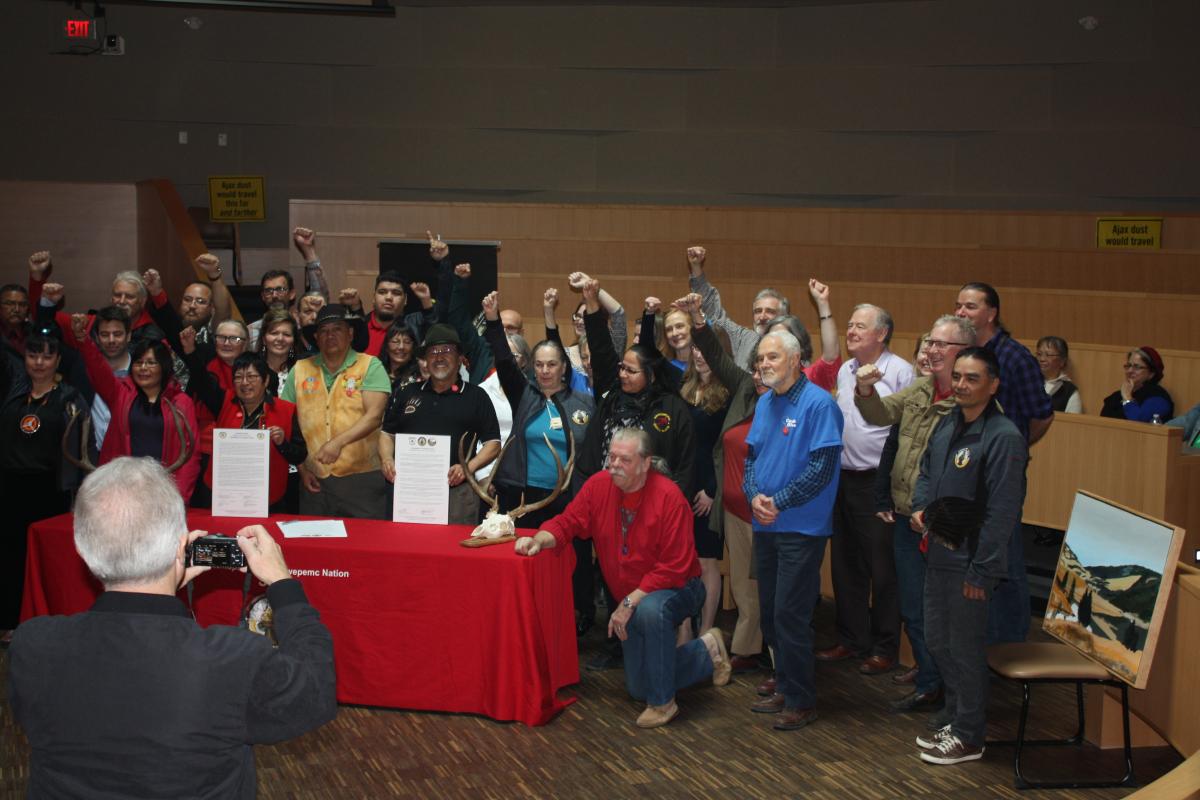 West Coast is proud to ally with the Stk’emlúpsemc te Secwépemc Nation (SSN) in their use of their own laws to determine the future of Pípsell (also known as Jacko Lake and environs), a sacred area threatened by the proposed open pit Ajax mine.

Our Environmental Dispute Resolution Fund team travelled to Secwépemc territory back in March to support the SSN’s independent environmental assessment of Ajax mine, which rejected the proposed project (read about it here).

It was a powerful ceremony. Today, on National Aboriginal Day, we stand with the SSN as they share the video of their ceremony designating Pípsell as a Cultural Heritage Site according to Secwépemc law, protecting this special place for future generations.

We’ve been thinking a lot about allyship at West Coast lately, especially as we as an organization read through the three pieces on Unsettling Canada 150’s reading list(The UN Declaration on the Rights of Indigenous Peoples, the Truth and Reconciliation Commission’s Calls to Action, and Art Manuel’s Unsettling Canada: A National Wake-up Call).We believe our role is to raise up the voices of the Indigenous people(s) we are fortunate enough to stand beside as they work to revitalize their laws and languages.

So in that spirit, that’s enough from us – please enjoy this beautiful video!