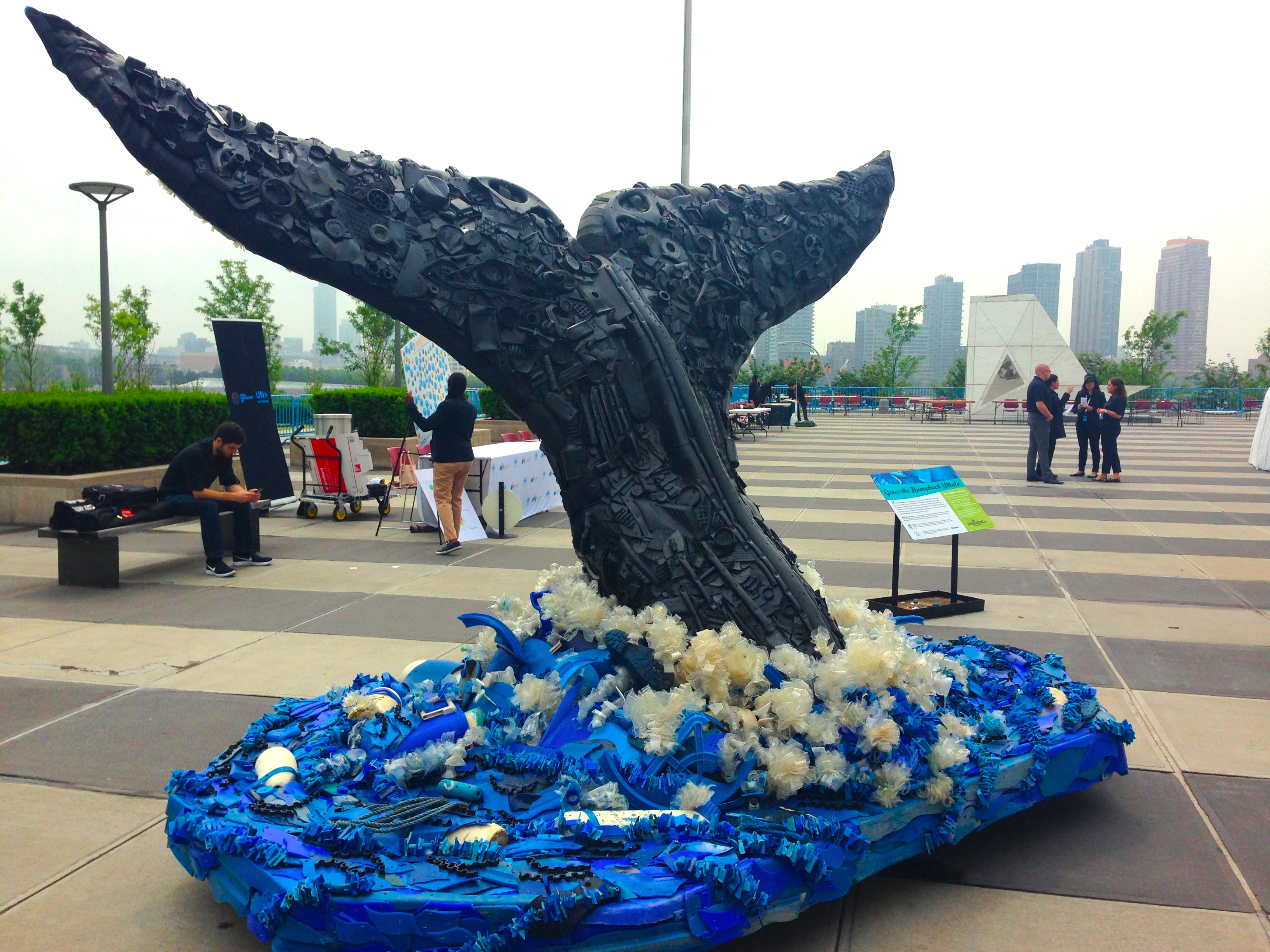 Last month, we wrote about actions you could take to cut plastic pollution in BC.

In honour of World Environment Day today, and its global theme #BeatPlasticPollution, we’ve got some helpful tips for how you can urge the federal government to take action to reduce plastic pollution across the country.

The federal government is currently conducting a public consultation called Moving Canada Toward Zero Plastic Waste. Now is the time to speak up.

Below are some insights and information that you might use in your submission. There’s a lot to say about this important topic, so we’ve listed a number of resources to help you learn and share your views as part of the consultation process.

Details on how to participate are at the end of this post.

1. Check out the calls to action from the new Zero Plastic Waste Declaration

This new Declaration, Towards a Zero Plastic Waste Canada, calls on the federal government to take five steps to #BeatPlasticPollution. Environmental Defence led the preparation of the Declaration, which has been signed by over 40 groups including West Coast.

You can use the Declaration’s five calls to action in your response to the public consultation (and find a lot more detail for each issue in the document here).

According to the Declaration, the federal government must:

2. Emphasize the need for global rules – a new treaty to #BeatPlasticPollution

Only global rules will cut to the heart of the plastic pollution problem. With Canada at the helm of the G7 meetings this year, global action is within reach. Confirm your support for Canadian leadership on this treaty in your submission.

In the comprehensive December 2017 United Nations Environment Programme (UNEP) report “Combating marine plastic litter and microplastics: An assessment of the effectiveness of relevant international, regional and subregional governance strategies and approaches,” the expert advisory body said the status quo legal situation for plastics was not an option. The report recommended a “new global architecture” for plastics and called for an international legally binding treaty.

We agree. West Coast’s position on the need for a new treaty is set out here. We’ve echoed Professor Boris Worm’s call to prevent a ‘Silent Spring’ for the seas. Heartbreaking images of whales, seabirds, seahorses, turtles and other marine life choked to death by plastic underscore the need for effective global action.

We are currently fleshing out the details of this proposed treaty.

Nations around the world have already agreed to a deadline – 2025 – to reduce marine debris as part of UN Sustainable Development Goal 14, the Oceans Goal. Target 14.1 states: “By 2025, prevent and significantly reduce marine pollution of all kinds, in particular from land-based activities, including marine debris and nutrient pollution.” A specific waste reduction target in Canada will complement this international deadline.

Additional targets could mirror those in the European Union:

Federal actions need to follow the waste hierarchy by focusing first on actions that will reduce plastic at its source, such as phasing out particularly damaging plastic substances, and developing (or reintroducing) non-plastic alternatives to common waste items. Other waste management strategies such as recycling should only be considered after all possible steps have been taken to curtail plastic use.

The UNEP report notes: “It is the role of the legal and policy framework to establish the duty to prevent, mitigate and remediate such pollution of the marine environment.” (Emphasis added)

The waste hierarchy is clear and effective. Kids learn it in school: Reduce, Reuse, Recycle. It’s also legally required by s. 5 (3) of the BC Recycling Regulation. Federal rules should incorporate this hierarchy as well.

5. Find other ideas from our compilation of plastic pollution laws

We compiled laws from around the globe designed to control plastic pollution. Use this resource as further inspiration for Canadian action.

The Environmental Law Centre at the University of Victoria also has some great ideas to use in your submission to the federal government. Check out their blueprint for a national plastics strategy here.

7. Urge the government to go beyond voluntary actions

Relying on voluntary actions from companies, institutions and individuals simply won’t cut it when it comes to combating plastic waste. We need legally binding measures to overcome the deficiencies of voluntary corporate social responsibility measures.

The UNEP report notes the “failure of processes” and the “considerable number of varied initiatives at both the global and regional level, some in place for a number of years.” The amount of plastic waste has skyrocketed while these varied initiatives have been in place, because many of them aren’t enforceable. The range of voluntary pledges has had no impact on the exponential growth of plastic pollution.

A recent article from UBC Professor Peter Dauvergne explains why the governance of marine plastic pollution is failing, and how market-friendly solutions overestimate the value of corporate self-governance and consumer responsibility as ways to reduce pollution. The article supports calls for much stricter regulations on industry, including an international plastics treaty with binding targets and timelines.

We urge Canada to use its G7 presidency to shift the global focus to legally binding controls for plastic pollution, rather than using the opportunity to amplify industry promises of self-regulation.

Don't leave it up to industry or even consumers – governments must set enforceable rules.

Here’s how to participate in the federal consultation on plastic waste:

Visit the government’s online portal, PlaceSpeak, to find additional information and have your say about what Canada can do to improve the management of plastic waste and reduce marine litter.

Send an email to ec.plastiques-plastics.ec@canada.ca with your ideas or suggestions.

Tell your friends – using the #BeatPlasticPollution hashtag on social media – that you've shared your ideas about protecting our planet from plastics with the federal government, and invite them to do the same.