California communities are taking climate law into their hands 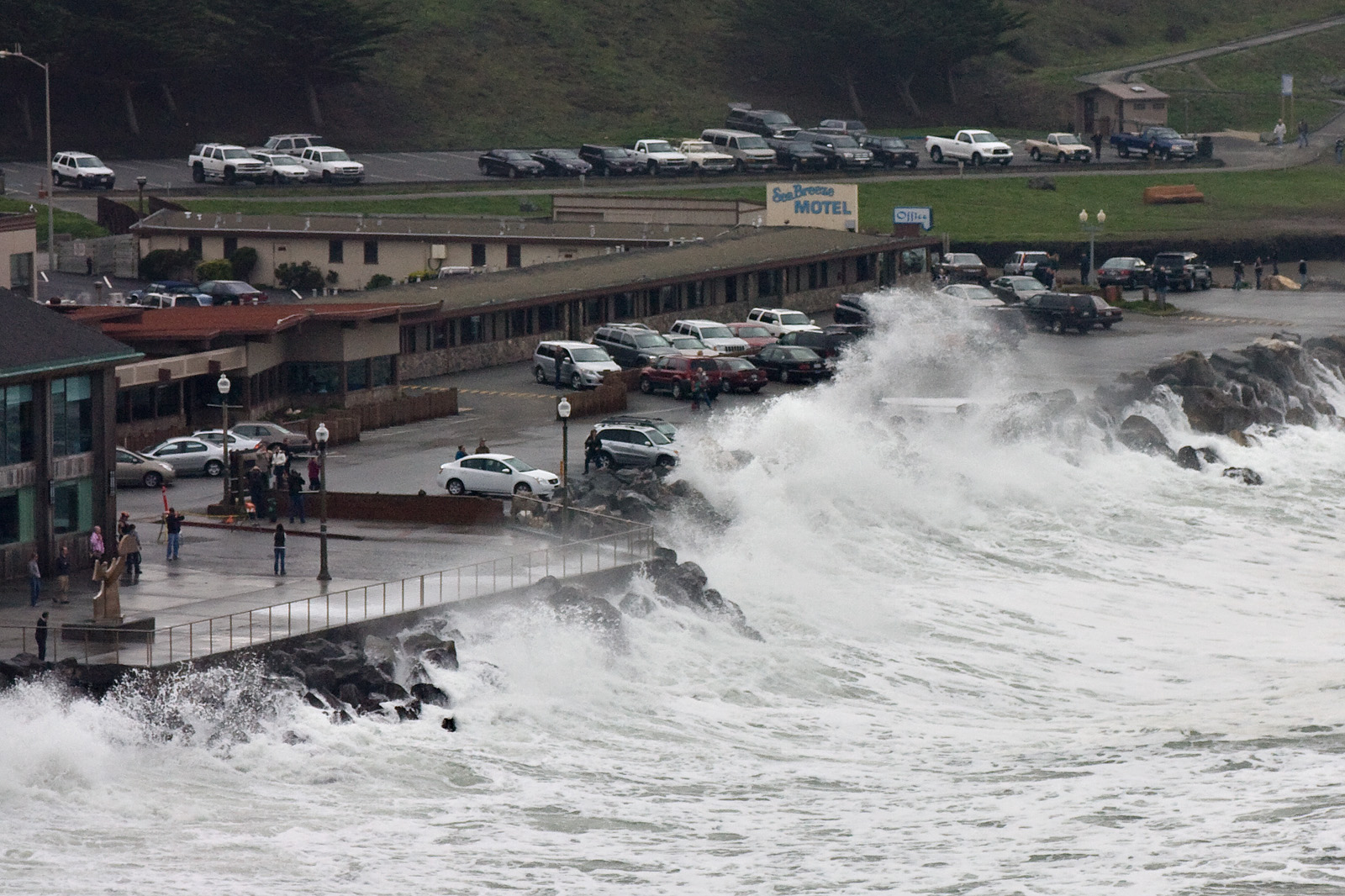 Is this the beginning of something new? Are governments finally challenging the so-called “right” of fossil fuel companies to make unlimited profits from products that cause climate change while expecting taxpayers to pay for the impacts of those products?

Just a week after BC’s District of Highlands wrote to 20 fossil fuel companies asking them to pay their fair share of the community’s climate costs, three communities in California (2 counties and a city) have filed historic lawsuits against many of the same companies.

The California claimants are "standing up for [their] residents and businesses to hold [fossil fuel] companies accountable for their emissions and lay blame where it truly belongs," said San Mateo County Board of Supervisors President Don Horsley.

In doing this, these lawsuits are demonstrating what Tracy Hester, Environmental Law Lecturer at the University of Houston has described as the “next stage in climate change liability litigation.”

The cases also remind us how misguided it is to place responsibility entirely on consumers and avoid all discussions of corporate accountability. One of the plaintiffs, the County of San Mateo, has been described as “ground zero for sea level rise impacts”:

More than 90,000 people and $21 billion in property are at risk of flooding. More than half of the people affected are from immigrant and minority communities …

The cases mounted by these claimants are nearly identical, brought by the same law firm against the same 20 major fossil fuel companies (and a handful of their subsidiaries for a total of 37 named defendants). They all revolve around three main arguments, found first in the introductions to their pleadings.

These three pillars support the claims the counties and the city are making under a number of legal “causes of action” (or types of legal claims). There isn't enough space here to really dig into each of these causes of action, but you can read the claimants’ whole argument on each one here. At a high level, however, these cases bear a striking resemblance to the class action that our Climate Law in our Hands initiative has asked BC local governments to consider bringing.

How does this compare to BC campaigns for fossil fuel accountability?

However, the California claimants are doing a number of things differently from our Climate Law in our Hands Initiative.

First, Climate Law in our Hands is a public campaign aimed at challenging the business model of the fossil fuel industry – making billions of dollars selling a product that you know harms communities around the world without paying for that harm.  While lawyers and litigation are part of our tool chest, we’re also looking for individuals, community groups and all levels of government to demand accountability through a range of strategies.

Second, we have proposed a class action lawsuit of BC municipalities instead of the individual cases the California claimants are pursuing. That in itself promotes a community-by-community conversation about participating in the case and about the role of fossil fuel companies in causing climate change.  But it is also a legal difference – a class action will allow the pooling of resources but will also limit our ability to address climate impacts that are unique to a particular municipality.

Third, the California claimants have pursued a greater range of causes of action than what we've proposed in BC. We’ve proposed suing in nuisance, which means claiming that someone has interfered with the local governments’ ability to enjoy or use their lands, or, in the case of public nuisance, interfering with rights we all have in common. We believe that a claim in nuisance has the greatest chance of success, because it doesn't require proving fossil fuel companies acted with negligence or with malice, and doesn't require that the impacts have a presence on the land like trespass, as argued by Shi-Ling Hsu.

The way that the California claimants have articulated their causes of action, however, points out other possibilities worth considering. They are able to pursue a wider variety of causes of action in part because they have strong evidence that fossil fuel companies knew their action caused harm and acted to hide and counteract action that knowledge. They are able to pursue a claim in trespass in part because they can point to the physical intrusion of sea water onto their land. These factors are worth considering in a Canadian context, the latter particularly in coastal British Columbia.

Finally, the California claimants have chosen to pursue punitive damages, intended to punish the companies for particularly outrageous behaviour. The cases highlight the knowledge of climate risk by the major fossil fuel companies, together with their deliberate blocking of climate action. The following paragraph is prominent in the claims:

Defendants’ wrongful conduct was oppressive, malicious, and fraudulent, in that their conduct was willful, intentional, and in conscious disregard for the rights of others. Defendants’ conduct was so vile, base, and contemptible that it would be looked down upon and despised by reasonable people, justifying an award of punitive and exemplary damages in an amount subject to proof at trial, and justifying equitable disgorgement of all profits Defendants obtained through their unlawful and outrageous conduct.

This strong emphasis on the responsibility of fossil fuel companies flows through the California claimants’ press releases and public statements. While BC local governments might choose to seek punitive damages in our class action, Canadian tort law has not seen the types of massive punitive damages awards that are common in U.S. litigation.  Such claims may allow the claimants to recover a larger portion of the climate costs from fossil fuel companies.

This emphasis on the culpability of the fossil fuel companies raises interesting philosophical questions.  One can agree that fossil fuel companies do owe a fair share of climate costs – and that taxpayers should not need to pay 100% of the costs – without believing that the fossil fuel industry are villains or that they (and not individual consumers) are 100% responsible for climate change.  We have no doubt that the fossil fuel industry has delayed global action on climate change and does owe some culpability as a result, but how do we best characterize their legal and moral responsibility?

Ultimately, the cases filed by Marin Bay and San Mateo Counties and the City of Imperial Beach are just the beginning of what will soon be a much larger trend. People all over the world are recognizing the damage fossil fuel companies have done to our collective well-being, and they are going to step up to hold them accountable in a number of different ways.

As we've said elsewhere, and as these newly-launched cases show, the primary barriers to climate litigation against fossil fuel companies are not legal, but political.

That means that we need you to reach out to your local governments and ask them to be part of this burgeoning global movement. You can find out more and add your name to the Climate Law in our Hands initiative here: http://www.climatelawinourhands.org.

Together, we can build on the conversation started by these three California communities, and by BC’s own District of Highlands, about the role of the fossil fuel economy in imposing climate costs on our communities – and who should pay for them.