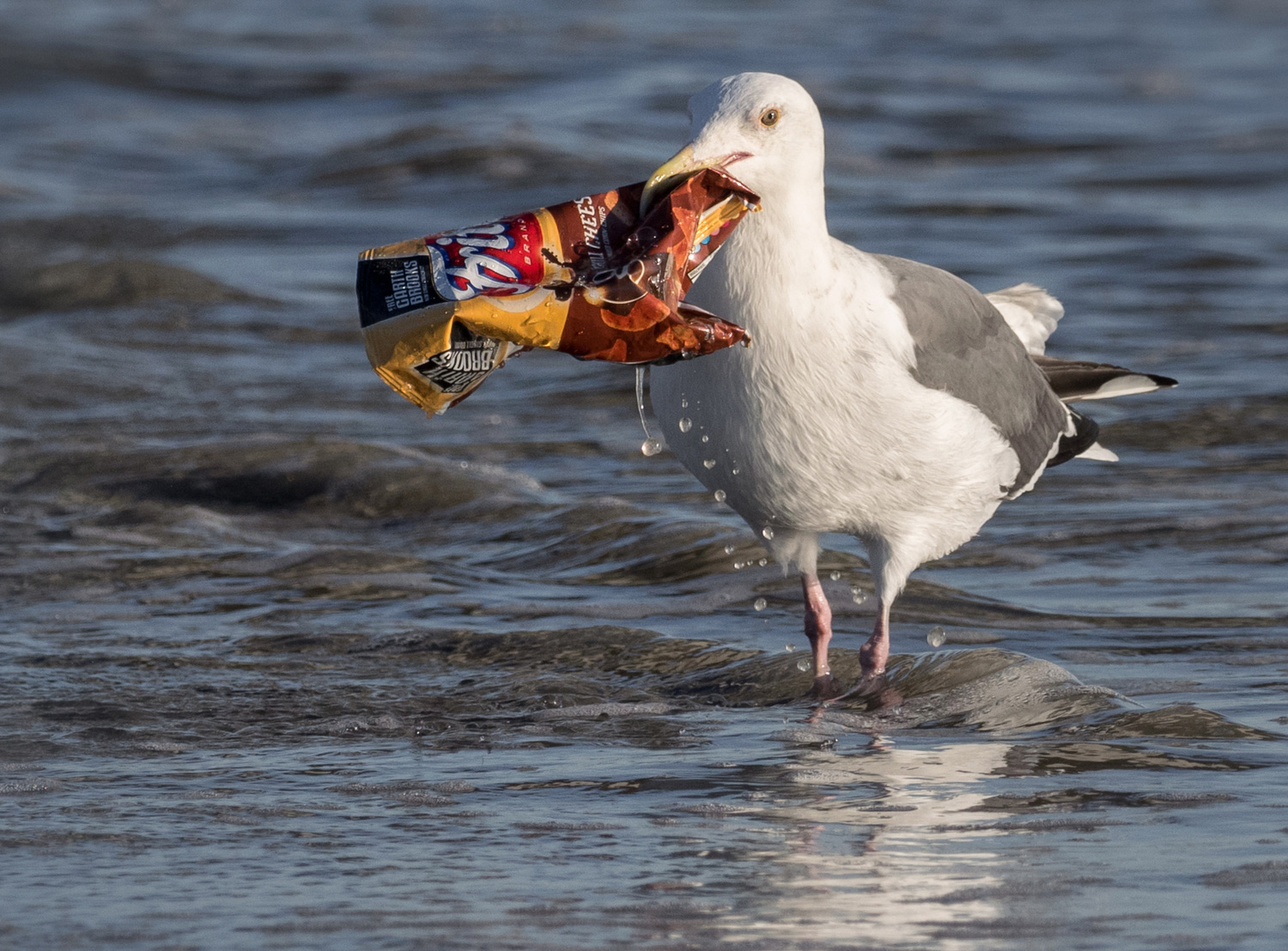 Beach clean ups are a good start – they clean up cigarette butts, flip-flops, bottle caps and pieces of water bottles and other containers – but don’t address the root problem of plastics reduction.

At a recent panel discussion following the stunning film “Blue” organized by our friends at CPAWS BC, we promised to compile a list of resources and actions people can take to help secure better laws to stop plastics from entering the sea and get them out of the ocean.

What you can do: Moving beyond clean-ups and individual actions to create binding laws

There are many actions individuals can take – from reducing your personal plastic consumption to preventing plastics from entering the marine environment. You can find some ideas in articles like this and this, and we encourage you to avoid #pointlessplastics and stealth microplastics. And we applaud businesses like Mountain Equipment Co-op, which hasn’t provided any plastic bags to customers since 2008.

Elements of a comprehensive strategy to reduce plastic pollution to near zero.
Source: Worm, Boris, et al. "Plastic as a persistent marine pollutant." Annual Review of Environment and Resources 42 (2017): 1-26.

As an environmental law organization, our focus is on establishing laws to prevent and mitigate plastic pollution – and there are legal initiatives currently underway that need your support.

Action from all levels of government is ramping up. Now’s the time to make change. Highlighted below are five key actions you can take to get binding laws in place to reduce ocean plastics.

Cities can act on plastic pollution by bringing in bylaws to ban plastic bags, place fees on plastic and/or paper bags, or implement a combination of bag bans and fees to limit their use. Many places around the world have already done this. If you don’t have a city bylaw on plastic bags or other single-use plastics, you can start a campaign to get one passed.

Recycling is not the best option. Plastics are notable for their low rates of recycling. One study estimates that in the US only 6% of plastic bags are recycled.

There are currently eight Canadian cities that have introduced plastic bag bans: one in BC (Victoria), one in Alberta (Wood Buffalo), two in Manitoba (Leaf Rapids and Thompson) and four in Quebec (Huntingdon, Deux Montagnes, Brossard and Montreal – though Montreal's ban does not apply to thicker plastic bags). You can read details of those bylaws here.

Litigation against municipal action on plastic bags is common in the US, and information resources on how to respond to litigation are helpful. Legal challenges from the plastics industry and retailers caused Toronto to retreat from a bag ban, and just this week, a plastic lobby group filed a court petition to overturn the City of Victoria’s new bag ban.

2. City of Vancouver: Participate in the Single-Use Item Reduction Strategy

This past fall, the City asked Vancouverites what City Council can do to reduce single-use items like plastic shopping bags, plastic water bottles, coffee cups, and disposable food packaging. The consultation paper noted the City has wide regulatory authority over this issue, including the power to prohibit businesses from distributing single-use packaging like shopping bags, disposable cups and take-out containers, and to prohibit single-use packaging from being disposed in the solid waste system.

Vancouver City Council will consider this issue in spring 2018, so if you live in Vancouver please take this chance to send in feedback. Though the public comment period officially ended on December 15, 2017, you can still make your opinion known:

Below are some suggested points for your submission.

The greenest city aiming for zero waste needs to take bolder leadership steps on this issue, and emulate other leaders around the world (see success stories below). Tougher measures could include:

3.  Ask the Province to take action on marine plastics

The BC government has the power to control waste and take more action, such as putting fees on single-use plastic bags. Citizens can write to the BC Minister of Environment and ask what action the government is taking on plastic waste.

4. Sign the online petition for a national strategy to combat plastic pollution

Vancouver Island MP Gord Johns presented a private members’ motion in Parliament last November calling for a national strategy to combat plastic pollution in and around aquatic environments, which would include important regulatory and funding measures. We have many ideas on what needs to be in this strategy. First, however, the government needs to commit to developing such a strategy. That’s where you come in.

5. Write your own environmental petition!

Petitions are helpful because as a petitioner you can ask departments or agencies to:

The federal government is required to respond to your petition within 120 days.

There’s no doubt this is a complex problem, as plastics permeate every aspect of our lives. But we can take positive regulatory steps. New regulations that prohibit the manufacture, import and sale of personal toiletries that contain plastic microbeads, including bath and body products, skin cleansers and toothpaste, non-prescription drugs and natural health products came into effect this month.

More action is needed, and Canada can take note of the numerous laws, taxes and levies, complete and partial bans, and codes of practice that exist in countries around the world (compiled here).

See this recent blog about one community we are working with to reduce this scourge to marine life.

Some other good resources include:

Canada has banned DDT, phased out lead from gasoline, phased out CFCs, improved global legal controls on mercury, developed a treaty to get rid of persistent organic pollutants, and is finally banning asbestos.

It’s time to act on plastics too. But we need laws to get to zero plastics – and we need people like you to encourage your governments to take action on marine plastics.