News & Events » Environmental Law Alert Blog » Take action: Tell your Mayor and Council to demand that the fossil fuel industry pay its share of BC climate impacts
Back to top

Take action: Tell your Mayor and Council to demand that the fossil fuel industry pay its share of BC climate impacts 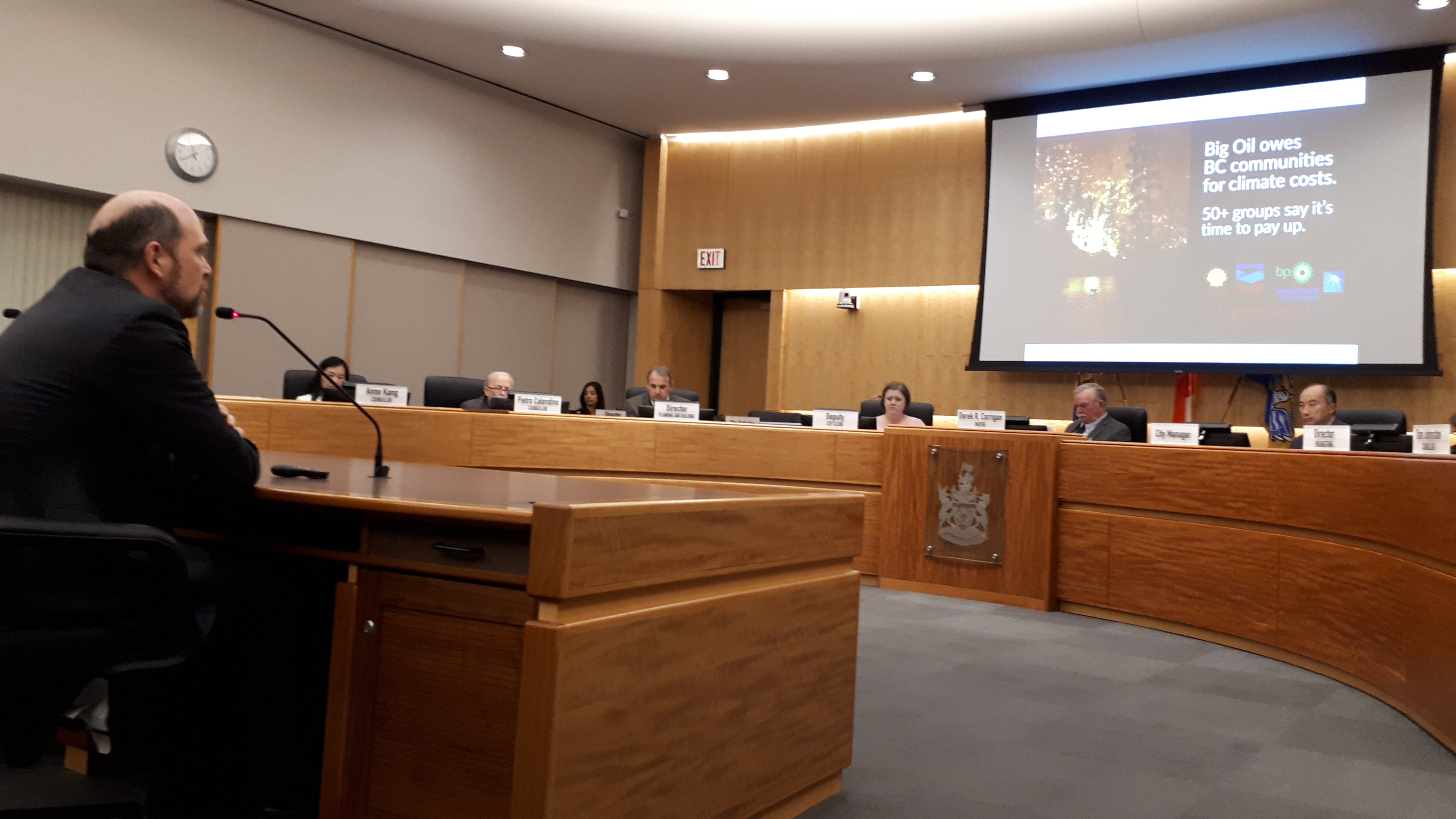 The Union of BC Municipalities (UBCM) represents all BC’s local governments. In just a few weeks at its annual conference (September 10-14), local governments will vote on whether to demand that Chevron, Exxon and 18 other fossil fuel companies pay their fair share of climate change-related costs facing BC communities.

Resolution B128, initiated by the City of Victoria and already adopted by the Association of Vancouver Island and Coastal Communities, would have UBCM send a Climate Accountability Letter to the fossil fuel companies demanding that they take responsibility for the harm caused to BC communities by their products.

With a rising tide of climate costs – such as the recent wildfires and flooding made worse by climate change – BC taxpayers cannot afford to continue to pay 100% of the costs of preparing for and dealing with wildfires, flooding, drought, sea-level rise and other impacts made worse by climate change. Fossil fuel companies still assume that they will not have to pay a fair share – and that has to end.

Please take a moment to write to your Mayor and Council and ask them to support the UBCM Climate Accountability for Fossil Fuel Companies Resolution (B128). You can send a letter using the text in the form below, but it would have more weight if you take a moment to personalize it.

Drawing on your own experiences, you may want to touch on the following points:

Click here for more information on why the UBCM (and individual local governments) should send climate accountability letters.

Click here for an idea of what a Climate Accountability Letter from the UBCM might look like (our suggested draft – not an official UBCM document or part of the resolution) or here for examples of letters that have been sent by individual BC municipalities.

UPDATE: On Sept. 14th, Resolution B128 was narrowly voted down (52-48%) at the UBCM conference, with many BC communities expressing interest in sending Climate Accountability Letters. Thank you to all who wrote to their Mayors and Councils to support this initiative!