A watershed moment: Building a modern Fisheries Act for the 21st century 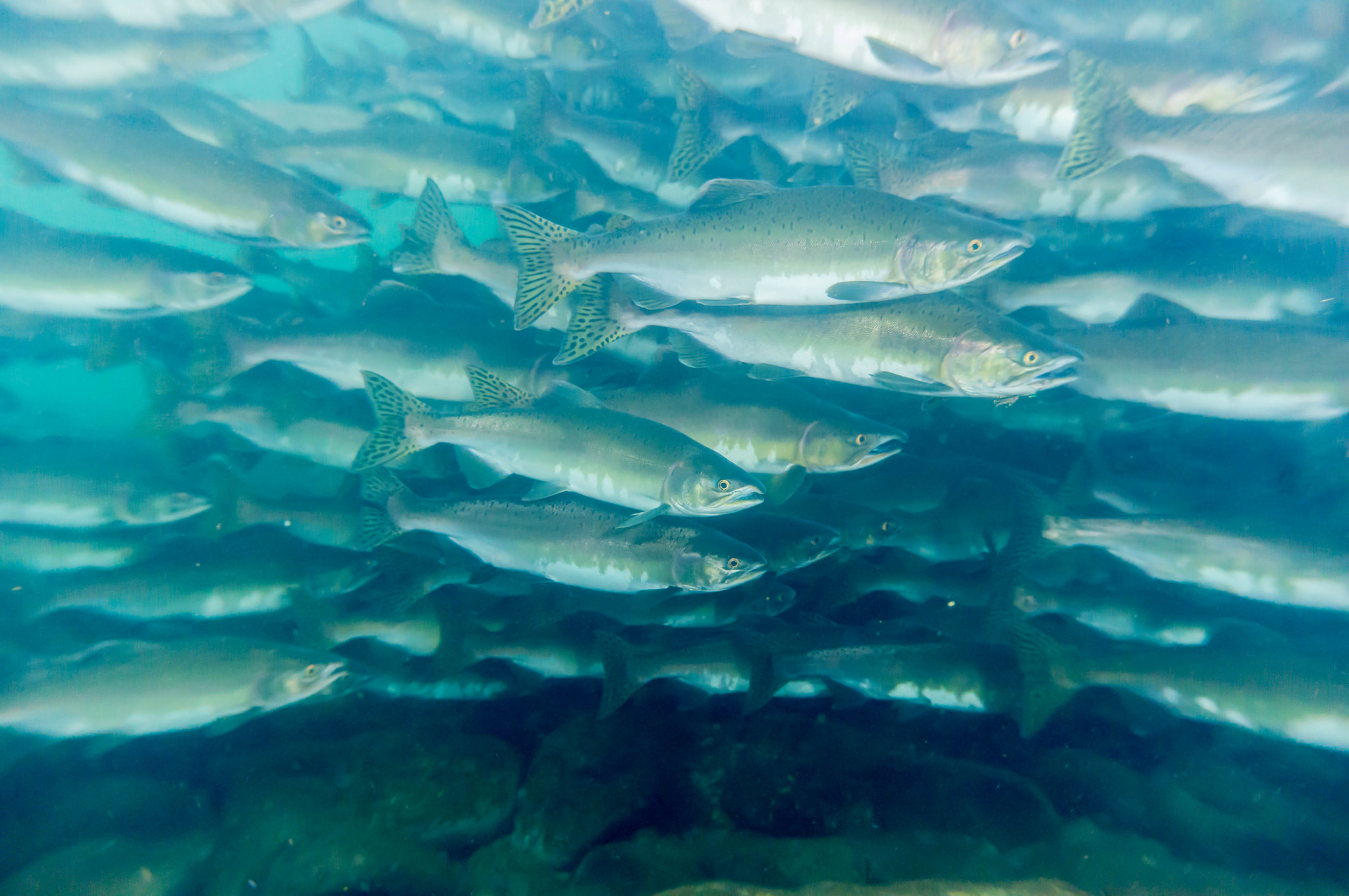 BC’s Skeena watershed is a spectacular salmon breeding ground: the river and estuary are wild, undammed, and full not only of salmon but of herring, eulachon and waterfowl. Yet all is not well for the fish: Fisheries and Oceans Canada (DFO) just issued recreational fishing bans for the entire Skeena River watershed due to low numbers of returning salmon. The bans may be lifted later in the season, but for now these salmon are off-limits to fishers.

Wild salmon rivers are an emblem of supernatural BC. In these rivers and in the waters off our spectacular coast, fishing and shellfish harvesting have been practiced for millennia for a variety of species. The steep declines in so many fish species is deeply troubling.

If even the remote Skeena is seeing threats to the long-term sustainability of fish stocks, then we need to do a better job of managing Canadian fisheries. Bill C-68 – which will overhaul the Fisheries Act – is currently being debated in the House of Commons.  We owe it to ourselves, to the fish and to future generations to get the Fisheries Act right, to make sure that it provides real protection for fish in the Skeena and in all Canadian watersheds.

The Fisheries Act and its review

The federal Fisheries Act sets national rules to protect fish and their habitat and regulate fisheries and aquaculture. Protecting fish habitat also protects aquatic ecosystems at sea and in freshwater. We’ve written about this crucial law, how it changed in 2012 and why the current government is modernizing it, on numerous occasions over the past few years (see here, here and here).

Bill C-68, An Act to amend the Fisheries Act and other Acts in consequence, is entering the final stages in the House of Commons. Here’s a plain language guide to the Bill.

Bill C-68 restores some important legal protections that were lost in 2012 – including reinstating the prohibition on any activities that result in the “harmful alteration, disruption or destruction (HADD) of fish habitat” without authorization. However, there are still some amendments that could be made to make the modernized Act even stronger.

The Standing Committee on Fisheries and Oceans (FOPO) is currently reviewing the Bill. West Coast works closely with many groups across the country, whose submissions are available on the FOPO website and at FisheriesAct.ca. We recently testified to the Committee and submitted a brief proposing amendments to further strengthen this crucial law.

How to make the Fisheries Act even better

In our view, the most concerning aspect of Bill C-68 is the lack of national legally binding and enforceable standards for habitat protection, monitoring and evaluation. Here are some of the amendments we hope to see before the Bill passes into law:

“Environmental flows” describe the quantity, timing, and quality of water flows required to sustain freshwater and estuarine ecosystems, and the human livelihoods and well-being that depend on these ecosystems. Given the decline of fish and fish habitat and widespread scientific recognition of the need to protect environmental flows, it is troubling that Bill C-68 is silent on this issue.

Provinces like BC recognize the need for laws to protect flows: the BC Water Sustainability Act requires protection of environmental flows when a regulator grants a new licence for water use. DFO scientists agree on the need for national flow standards: what better place than the Fisheries Act?

All fish habitat is important. However, some areas like spawning grounds are more important to protect than others.

Bill C-68 expands on a relatively new and untested regulatory tool – designation of Ecologically Significant Areas – that can require the preparation of habitat restoration plans. To accelerate the designation of ESAs, as none have been designated since their introduction into the Act in 2012, we have recommended that the Bill be amended to allow citizens to propose ESAs for designation, and require the Minister to provide reasons if the designation does not proceed.

The concept of OEABCM comes from the international Aichi Biodiversity Target 11, which Canada has committed to under the Convention on Biological Diversity. This type of protective area has two essential elements: the mechanism is intended to endure in perpetuity, and can only be reversed with great difficulty. So we have recommend that the Act be amended to clarify the length of the fishing restrictions and describe their purpose in more detail, rather than leaving these issues to be spelled out in future regulations.

The restoration of the prohibition on habitat alteration, destruction and disturbance (HADD) within Bill C-68 is very welcome.

Now Bill C-68 proposes to extend the ways that project proponents can avoid the HADD prohibition. As currently drafted, the Bill’s legislative prohibition will be easier to circumvent through a number of methods – see our brief for more details.

The government’s rationale for streamlining some authorizations is sensible and can help make regulatory administration and implementation more effective and efficient. In particular, not all minor projects, works, undertakings and activities deserve the same level of scrutiny as projects with more potential to harm habitat.

But cumulative effects of even small projects remain a major cause of habitat loss – and consequently of fish decline. Key amendments we recommend for Bill C-68 will allow for better tracking of these  impacts, by expanding the documents that must be disclosed on the new (and very welcome) public registry, such as the “Letters of Advice” that DFO frequently uses to advise people on how their project can be modified to minimize the impacts on fish habitat. The West Coast brief contains other proposals to widen the scope of records in the new public registry.

The Bill proposes a new mechanism to improve transparency. Fisheries and Oceans Canada is directed to submit a five-year report on “the provisions and operation” of the Act to either or both of the House of Commons and Senate Committee. To better understand national level trends, we recommend expanding the scope of this report to include: a systematic assessment of the state of fish and fish habitat across Canada; a list of all authorized fish habitat damage; and a list of all required habitat compensation. Public reporting will identify key areas of degraded habitat and pinpoint the drivers of degradation, and pave the way

Bill C-68 authorizes the federal government to make agreements with Indigenous governing bodies based on Indigenous law, and has other noteworthy and welcome changes. However, regretfully there is no reference to the UN Declaration on the Rights of Indigenous Peoples. West Coast supports Indigenous Nations’ submissions on these important issues.

Canadians are rightfully proud of our wild fish and the rivers and ocean spaces they live in. A modern Fisheries Act will help safeguard these resources for generations to come. We need to know that we are protecting fish – whether they live in the Skeena Watershed, in an urban centre, or somewhere in between.